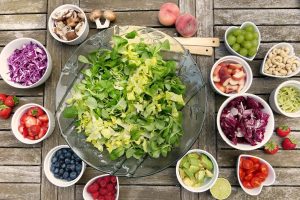 Do you know the difference between a vegetarian and a vegan? If you don’t know then this article is for you. Many of us get confused most of the time when it comes to veganism. Let me tell you that a vegan diet is also called a plant-based diet. Vegans do not eat animal products that include meat, dairy, eggs, honey, and gelatin. According to the vegan society, veganism is defined as the way of living which seeks to exclude, as far as is possible and practicable, all forms of exploitation of, and cruelty to, animals for food or any other purpose. Nowadays most of the celebrities are opting for a vegan diet. It is because there are endless health benefits to following it. Let us discuss some of them:

The plant-based diet is considered to be more effective when it comes to shedding excess weight. Many observational studies have shown that vegans tend to be thinner (less BMI) than non-vegans. So if you don’t want to rely on the gym for losing weight then perhaps you can consider this option.

According to WHO (World Health Organization), about one-third of all cancers can be prevented by factors within your control, including diet. For example, legumes in your meal may reduce your risk of colorectal cancer by about 9-18%.

Also epidemiologic evidence from the Cornell-Oxford China Study which was conducted in 1970s and 1980s demonstrated important relationships between dietary patterns and cancer risk and highlighted the importance of diets rich in whole plant foods for cancer prevention.

Recently it has been discovered that at least seven portions of fresh fruits and vegetables per day may lower your risk of dying from cancer by up to 15%. Vegans generally eat more legumes, fruits, and vegetables in their diet.

Lester Morrison, MD practised internal medicine in LA in 1940’s and 1950’s and had many heart patients but very few therapies. He was aware of a unique report following the conclusion of World War II that during the war in Norway the rate of heart attacks and cardiac deaths plummeted.

Morrison hypothesized that the seizure of farm animals and dairy products in nations such as Norway the population relying on largely sources that were fermented. He designed a plan for his heart patients that omitted rich foods such as butter, cream, full-fat dairy, olives, nuts avocados, oils, glandular organs, and egg yolks. His results were published in a well-respected clinical journal and revealed a higher than 50% drop in deaths in the plant-based diet group at 12 years.

A plant-based diet will boost your beauty by keeping it healthy and naturally glowing. Most of the products contain growth hormones and are also treated with artificial hormones, which can disturb our metabolism.

Dr. Ornish, an internationally acclaimed physician in California carried a study with the help of a plant-based diet. He measured the activity of an enzyme produced by genes, telomerase, believed to be involved in slowing the aging process. At five years, the age-related decrease in telomerase activity was much less in the plant based group than a control group.

The vegan lifestyle can help you to control your sugar levels. It is all about the types of foods you decide to eat. Studies indicate that nearly half of vegans have managed to decrease the number of diabetes drugs they need. On top of that, various studies have proven that people on a vegan diet possess a 50-78% lower chance of getting Type II diabetes.

This is probably because of the change in food focus. These foods break down slowly, keeping the glucose levels down. Foods like chocolate, sweets, along with other refined foods involve animal products in some manner. While there are vegetarian options, folks on a vegan diet tend to live a healthier lifestyle.

If you suffer from arthritis, you need to check out the food that you eat. Studies indicate that a vegan diet can help to reduce the symptoms of arthritis, which includes the pain experienced. This is linked to the inflammation in the body that animal products may cause. But also you will have to make sure the diet is abundant in the ideal nutrients for this advantage. 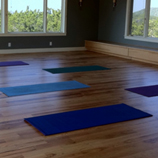 Providing you with a spiritual, mental, and physical workout, our goal is to enhance your overall well-being and spread the bliss of yoga. 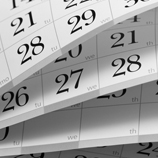 When you come to Nobe Yoga, you get guidance and instruction in a small, personal class setting, from instructors who truly care about you. Take a look at our full class schedule here. 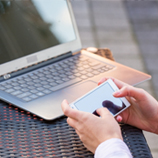 Come in and open your mind, body, and soul to a healthy way to relax and exercise. Experience does not matter, sign up for your Nobe Yoga session now.